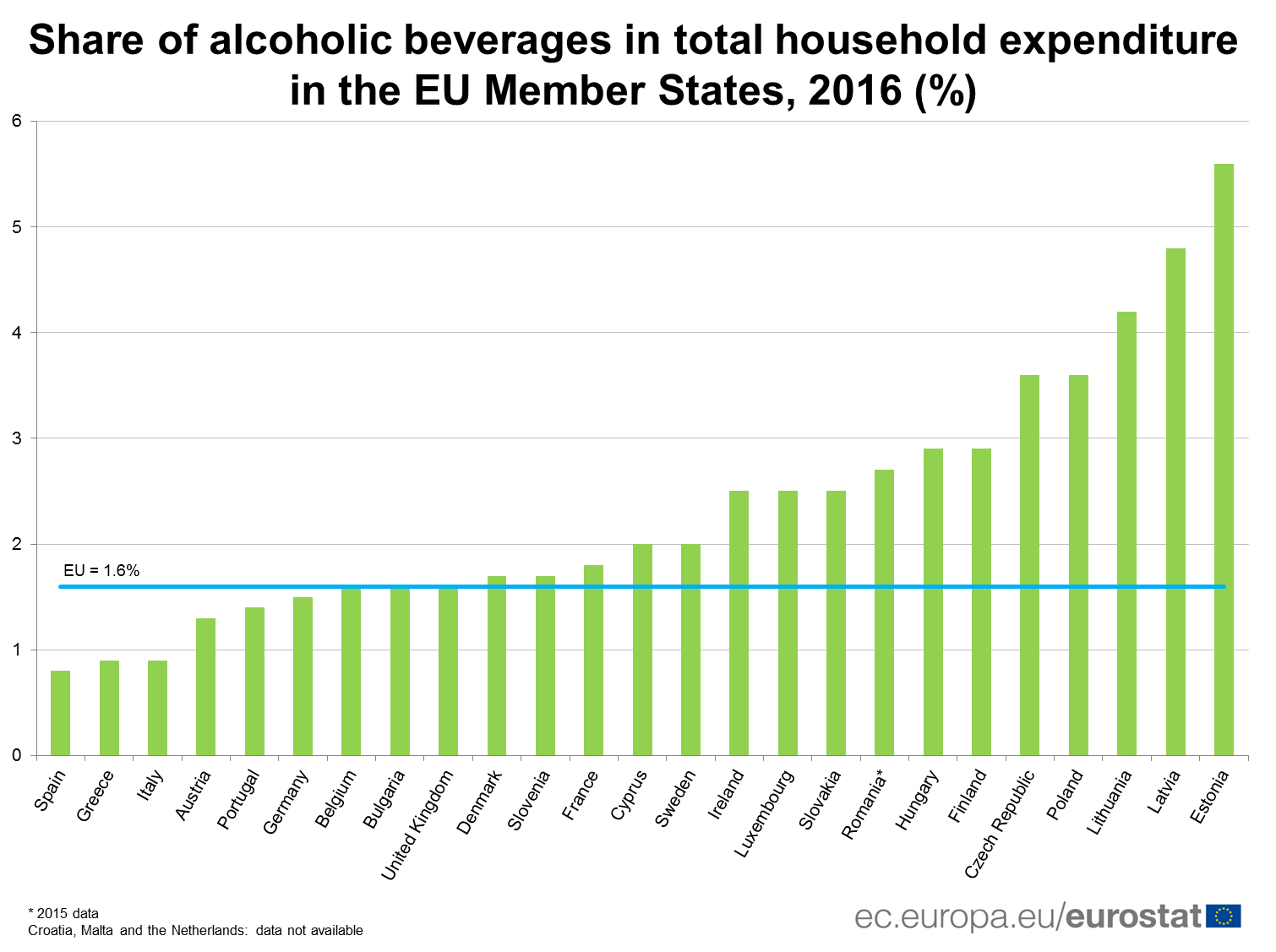 The average European’s household spends more on alcohol than on supplementing state education, says the European Commission. At €250 a year alcohol spending accounts for around 1.6% of household expenses, but the proportion varies widely across the bloc: In the Baltic States it is around four times the average, while in the Czech Republic, Poland, Hungary and Finland it is around three. The UK is almost exactly average in this regard, as is Germany, while Spain and Italy the percentage is around half the EU mean. ■