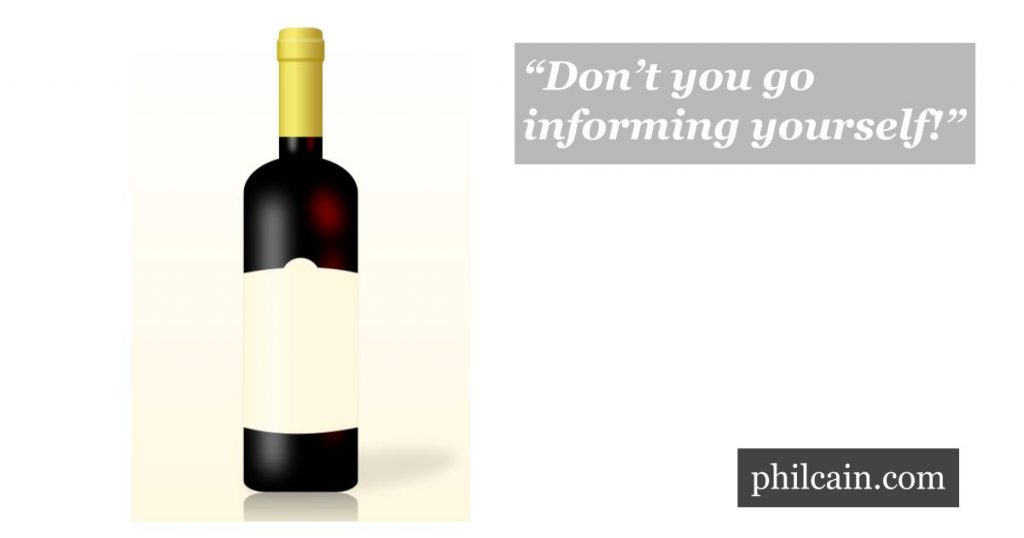 Alcohol producers have quietly adopted a lower standard for consumer health information on labels, no longer committing to mention the official weekly guidelines for low-risk consumption.

“We are greatly disappointed that the British alcohol industry is setting their bar lower and lower,” says Mariann Skar of Eurocare, a European consortium hoping to cut alcohol harm. But she says it is “not surprising” given its stiff resistance to minimum pricing and other measures.

The low-key move was coordinated by Portman Group, which coordinates the UK alcohol industry’s efforts to minimise problems. Skar says it should follow the lead of Brewers of Europe, a European beer suppliers consortium implementing a voluntary health labelling scheme.

It is a “massive policy change”, according to another seasoned observer. In practice, however, alcohol producers have long ignored their undertaking to include the guideline maximum, with only one label in 300 including it earlier this year.

The problem is that cider labels are too small to include the official recommendation of keeping under 14 units a week to minimise risk, said the NACM. An optional label which mentions it contains 17 words compared to the six words used in ones which do not.

“We feel this is a balanced approach that gives producers the option of printing the guidelines on product labels or signalling ongoing support for health and lifestyle information by directing consumers to the Drinkaware website,” said the BBPA. Drinkaware is funded by alcohol producers and criticised for downplaying risks.

“Labelling remains an important way to sign-post consumers to a greater variety information in a way that is fit for purpose and relevant to how people now consume information,” said Miles Beale, chief executive of the WSTA, explaining the move online.

Around 80% of UK consumers are dissatisfied with the amount of information provided on the labels of alcoholic drinks according to the World Health Organisation (see chart). ■